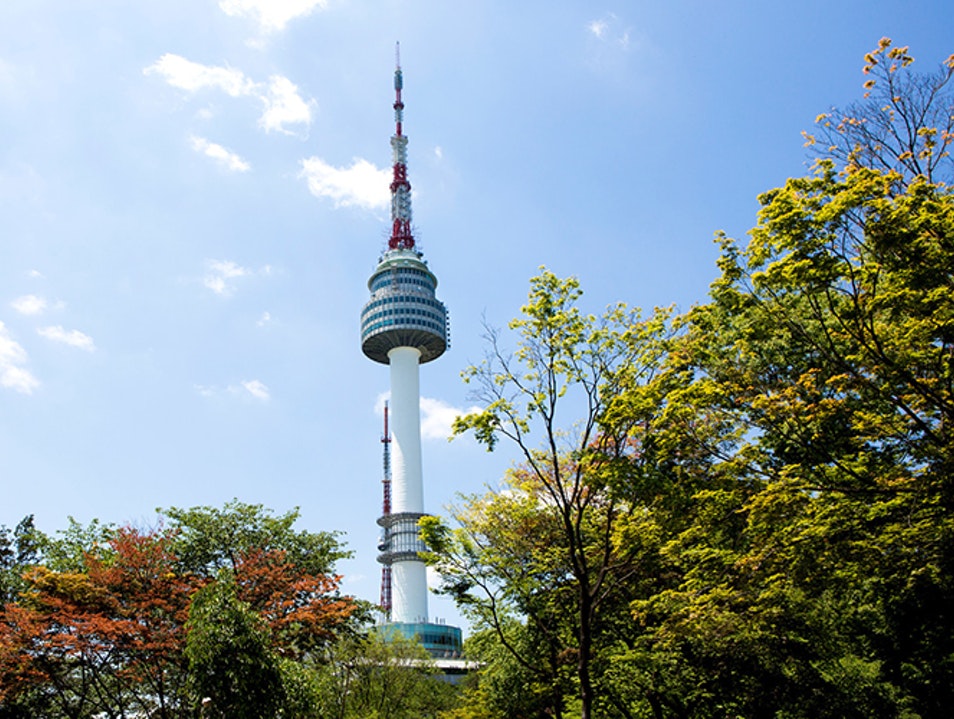 Let’s admit it, everyone is obsessed with South Korea. Before the Gangnam Style song took the world by storm, everyone was already so interested in the country- its people, fashion, culture, food, music and of course, the entertainment personalities. No wonder, the tourism industry of the country grew dramatically the past decade.

In its capital alone, Seoul, it is already ridiculously cool to spend vacation. It is futuristic combined with the fantastic heritage sites . To add, the incredible shopping malls displaying the latest fashion trends.

Book your accommodation at a very reasonable price! Cheap Hotel Deals with CheapOair.com.

Since the capital city, Seoul is so close to the border with North Korea, yeah the infamous secluded country of Asia, it draws attention as well to tourists and is one of the most visited sites in the country. Nami Island, is another one, popularized by the Korean Drama, Winter Sonata.

Around the world flight promo deals!

Here are Top 10 Fun Things to do in South Korea:

Tip: You can book in advance fun activities via Klook. Easy and hassle free!

Visit the N Seoul Tower or the Seoul Tower or Namsan Tower. Be amazed by the beauty of Seoul’s skyscrapers at the viewing decks. This is the perfect spot to enjoy the full view of one of the world’s largest city. This tourist spot is also home number of attractions and amenities such as restaurants, stores, and museums. It is very popular for the Locks of Love, where romantics hang padlocks to symbolise their devotion to one another. Even if you’re not clipping your own lock onto the pile, it is a perfect spot to pose and take pictures.

Namsan Tower is accessible by either cable car or by hiking up the mountain.

Tip: Buy your tickets in advance to avoid lines. You can get discounts if you get it via Klook:
N Seoul Tower Ticket Combos in Seoul
[Buy 1 Get 1] N Seoul Tower Cultural Hanbok Experience

Be amazed with the grandness of Korean Palaces. Top on the list are Changdeokgung Palace and Gyeongbokgung Palace.

Changdeokgung Palace or simply Changdeok Palace, is within a large park in Seoul. It is the most favoured palace of many Jose princes and retained many elements dating from the three kingdoms of Korea period that were not incorporated in the more contemporary Gyeongbokgung. One such element is the fact that the buildings of Changdeokgung blend with the natural topography of the site instead of imposing themselves upon it.

Gyeongbokgung Palace or simply Gyeongbok Palace, was built in 1395 and served as the home of Kings of the Joseon dynasty, the Kings’ households, as well as the government of Joseon. In the early 20th century, much of the palace was systematically destroyed during the Japanese invasion. Since then, the walled palace complex is gradually restored to its original form. Today, the palace is arguably regarded as being the most beautiful and grandest. It also houses the National Palace Museum and the National Folk Museum.

Everland Amusement Park is located outside Seoul. It is about an hour drive from the city. Usually compared to Disneyland, you’ll find here the towering T-Express, the world’s fourth tallest wooden roller coaster and one of the fastest. If you’re looking for that adrenaline rush, then it is definitely the place for you! If you’re traveling with family or kids, other attractions include Global Fair, ZooTopia, European Adventure, Magic Land, and American Adventure.

Lotte World Amusement Park is the world’s largest indoor theme park. It is massive complex where you can find a theme park, shopping malls, luxury hotels, a folk museum, entertainment, and many  more. Good thing about this park is it is just Located in downtown Seoul.

Explore Nami Island and Petite France. Nami Island is a developed and half-moon shaped located in Gangwon Province. It  is 553,560 square yards with chestnut trees and poplar trees throughout. In the middle of the isle, there is a grass field. It features education and training facilities and camping sites. The island also has a swimming pool and water sports facilities for motorboats and water-skiing, as well as a theme park with a merry-go-round, shooting range, and roller skating rink. Lodging facilities such as resort villas and bungalows are available for visitors to stay on the island.

Petite France is a small French village consisting of the museum, workshops, restaurant, cafe and a guesthouse. This place was featured on many dramas and variety shows too.

Visit the DMZ. This is a trip to the border between South and North Korea, the Demilitarized Zone (DMZ) where you’ll see the remnants of the Korean War. Take a peek into North Korea from a safe and secure location. It is advised to book a guided tour of the DMZ where you’ll learn interesting facts about the Panmunjom Peace Talks, the Korean Peninsula and walk through several museums.

Explore Bukchon Hanok Village. One of the favorite photo spots in Seoul. The traditional hanok houses found here date all the way back to the Joseon Dynasty and people still live there. This picturesque residential area is nestled in the heart of the city between Gyeongbokgung Palace and Changdeokgung Palace.

Shop in Insadong. Insadong district of Seoul is a popular stop for tourists wanting a glimpse of Korean culture beyond its modern image. If you are into artisan items, this is the perfect spot. It is a bustling market for people wishing to buy locally made arts, crafts, and souvenirs.

Stroll along the Cheonggyecheon River. At the heart of the bustling city of Seoul, is a river with clear waters. It is  a beautiful strip of shady trees, art, and history. The river is almost 11-kilometre-long with modern public recreation space.

Explore the Namdaemun and/or Dongdaemun Market. Visit the traditional markets of Namdaemun and Dongdaemun for a more rewarding experience. Both market districts are named for the gates that stand nearby and both sport a mixture of souvenirs, boutiques, malls, and street food. Namdaemun is a day market and Dongdaemun is a night market, but nowadays,  both operate with more relaxed schedules

Dine at the Myeongdongjeong.This is best for tourists who want to explore traditional Korean cuisine. The restaurant’s service is superb and food is good too. The whole place is nice for photos!